I bought a PS Vita so I could play Tearaway. Skipping, for the moment,  the question of whether it was worth it to buy a system just to play one game (hint: once you start playing Tearaway, it doesn't matter), the PS Vita itself is a strange device. 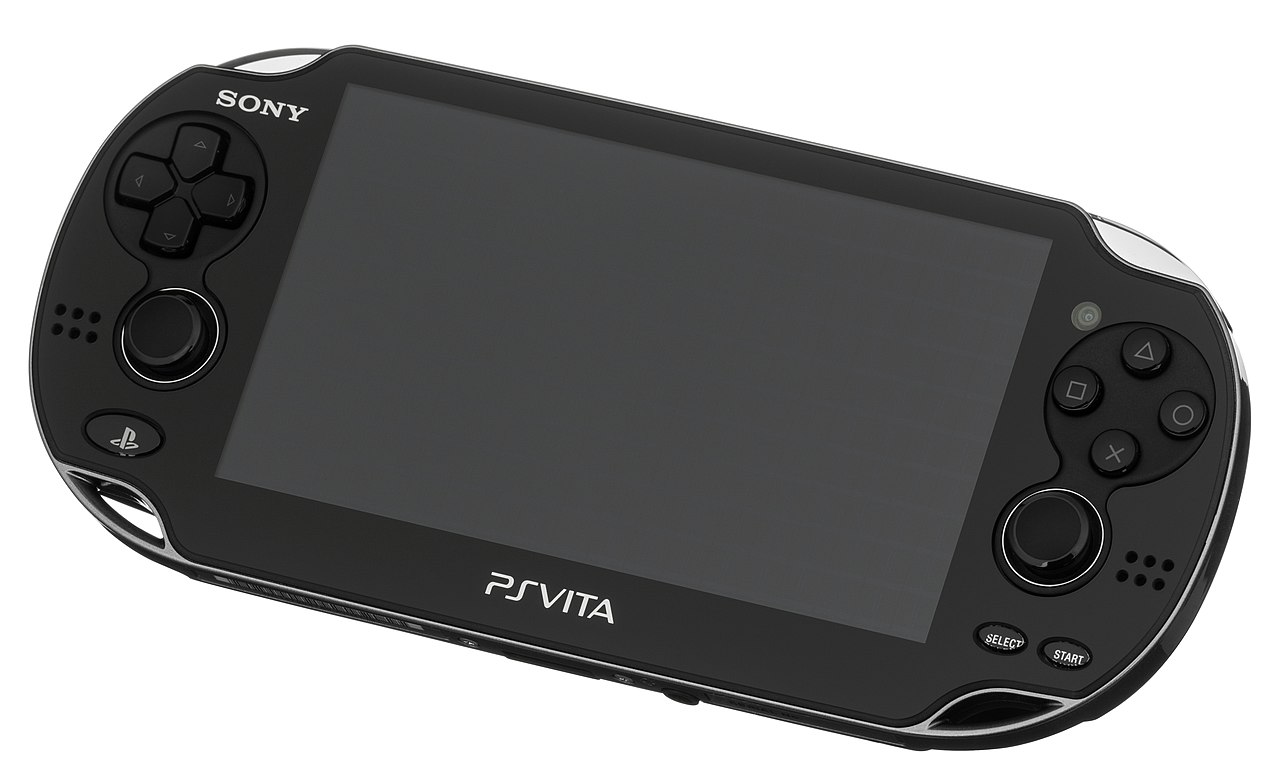 Make no mistake about it, the Vita is a beautiful piece of technology. The screen is gorgeous. The device has a heft and sheen to it that makes it look and feel expensive. Is that superficial? Yes, it is. But that doesn't take away its value to the overall impression the device gives off. And as a gaming device, the two analog sticks work perfectly and provide a unique portable gaming experience.

However, for all of its top-notch features, the PS Vita also comes with some odd, unnecessary, and in several cases cheap and badly designed components.Why? 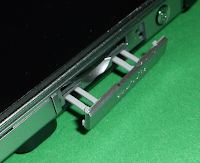 To start with, the game cartridge slot has a cover — a plastic cover — that is attached by four thin pliable plastic tabs. The first time you open the slot it is clear that these tabs are likely to be the first thing to break. Why is there a cover on the game slot at all? (It just gets in the way of changing games.) But if you need one, why such a shoddy design?

You can almost forgive Sony for thinking that the primary direction for games is digital downloads. But that clearly didn't work with the download-only PSP Go. And even if that is their direction, the audience has not fully transitioned from physical to digital media. So cheap design only makes the device seem unsuited for those interested in playing more  than two or three games. (What can fit on Sony's extraordinarily expensive memory cards.)

And then there is the software user interface. What is going on here? There is plenty of flashy interface to deal with. But why? I bought a device to play games on, but none of the games fit on the first screenful of icons there are so many unnecessary "social" apps pre-installed.


And the unique "peel" mechanic where you have to pull each screen from the top-left down and to the right to go back, what's with that? It is a pretty animation. But why create a mechanic different from every other mobile device except to say "we're different" and frustrate all of your users?

There are so many decisions (3d quivering buttons, the "peal" mechanic, so many "me too" annoying and irrelevant social apps) that just scream "we don't care what you want, we want to impress you". And when I am paying $200 plus, I am not interested in being impressed. I want to be wowed by the function I want to use — the games I want to play. And on the positive side, the PS Vita supports just that with an outstanding screen, well-designed controls and even a little extra (such as the back touch pad). If only all the rest of the device stopped getting in my way....

Posted by Andrew Gent at 4:11 PM No comments:

I recently picked up an OP-1 synthesizer from Teenage Engineering. The OP-1 is a marvel of design and engineering. But I already knew that, which is why I was so interested in it. What I didn't expect is that it has some of the best documentation I have ever seen.

Of course, saying it is the best documentation ever is a bit of an exaggeration. Kind of like saying Rembrandt is the best painter ever. Better than Renoir? Better than Tintoretto? When you get into the realm of art and genius, comparison becomes irrelevant. What is important is that they far outshine any of their contemporaries.

The same is true for the documentation of the OP-1. To start with it isn't "documentation" per se. There is no manual. There is no paper Getting Started guide. When you open the package (which serves as its own case, which is also pretty neat) there is a clear plastic overlay on top of the synthesizer, describing each of the controls. That's it.

Well, not quite it. Because in the available space over the keyboard the overlay also includes a 8-step "QuickStart" for getting started using the OP-1. Just enough to show off some of its key features and get you playing with it (literally and figuratively).

Does it cover all features? No. Does it go into detail about what each knob does? No. But it makes you comfortable trying them to find out for yourself. Besides, there actually is a more detailed printable user's guide available online. But you won't find that until you've at least looked over instructions on the overlay and tried it out a little. (There is a link to the online document in the lower-left of the overlay.)


Is it perfect? No, not quite. The plastic overlay can get a little wrinkled and not lay flat. Also, since much of the OP-1 is light gray, the white printing on the overlay can be a little hard to read when it is actually covering the device. But these are minor quibbles. For 95% of its purpose, the "documentation" for the OP-1 is as well designed and inspiring as the device itself. Nothing short of exceptional.
Posted by Andrew Gent at 8:41 PM No comments:

I Did Something Stupid (Wearable UX)

I did something stupid today. I disagreed with one of the leading experts in interface design, mobile, and specifically the soon-to-be-released Apple Watch.

The argument is over a chart Luke Wroblewski (@lukew) posted about the distraction factor of a smart phone vs. a smart watch, indicating use of a smart watch lets you be "more connected to the people around you..."

There are two problems here:
One of the most disturbing studies in this area is recent research into the use of "hands free" devices while driving.  I would equate Luke's proposal that data-on-the-wrist is  less distracting from "real life" to the arguments that hands-free phone technology is less distracting to driving. However, the National Safety Council published a report arguing that hands-free does not significantly reduce the risks to distracted driving.

"Hands-free devices often are seen as a solution to the risks of driver distraction because they help eliminate two obvious risks – visual, looking away from the road and manual, removing your hands off of the steering wheel. However, a third type of distraction can occur when using cell phones while driving – cognitive, taking your mind off the road.

The amount of exposure to each risk is key. Crashes are a function of the severity of each risk and how often the risk occurs. Most people can recognize when they are visually or mechanically distracted and seek to disengage from these activities as quickly as possible. However, people typically do not realize when they are cognitively distracted, such as taking part in a phone conversation; therefore, the risk lasts much, much longer. This likely explains why researchers have not been able to find a safety benefit to hands-free phone conversations.  "

One argument is that the data on the smart watch is primarily uni-directional — not requiring a response. For example, a "be there in 5 mins"  message  But if that is the case, how are those messages being generated? By smart watch wearers pulling out their phones to push the messages? And the fact that the message doesn't require a response doesn't mean it doesn't require cognitive effort — and distraction from current activities — to process it.

Wearables such as smart watches may eliminate the time and effort required to pull out the smart phone. But I have my doubts (unfounded, uninformed, as they may be) that they actually reduce the distraction that modern streaming personal data causes.

Posted by Andrew Gent at 9:43 PM No comments: